I read The Young Ones (1964) by Elizabeth Jennings (1926-2001) again recently, and I thought that if I substituted ‘Luas’ or ‘Dart’ for ‘bus’ it easily be a scene in Dublin in 2013. Not that much has changed, it seems to me, except the hair styles of the young women. I often look at teenagers in Dundrum Shopping Centre and think that they look so much more self-assured than I did at their age. I can sympathise both with the satchel and the school coat; at one point I think I had a grey duffel coat which was hardly the height of teenage glamour. One of ‘The Young Ones’ I was not. Perhaps that’s true of most of us in each generation. 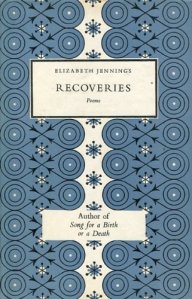 A gorgeous edition of Recoveries

They slip on to the bus, hair piled up high.
New styles each month, it seems to me. I look,
Not wanting to be seen, casting my eye
Above the unread pages of a book.

They are fifteen or so. When I was thus,
I huddled in school coats, my satchel hung
Lop-sided on my shoulder. Without fuss
These enter adolescence; being young

Seems good to them, a state we cannot reach,
No talk of ‘awkward ages’ now. I see
How childish gazes staring out of each
Unfinished face prove me incredibly

Old -fashioned. Yet at least I have the chance
To size up several stages-young yet old,
Doing the twist, mocking an ‘old time’ dance:
So many ways to be unsure or bold.

For Elizabeth Jennings poem, I have once more borrowed from The Oxford Book of English 20th Century Verse (with many thanks to the late Philip Larkin’s choices). However, as I have used the cover already and in any case it is rather a sombre jacket to depict the bright young things of the ‘Swinging Sixties’ I have snipped a picture of the edition that The Young Ones originally appeared in. The lovely looking cover of Recoveries (Deutsch, 1964) is tempting me to indulge in a purchase. I only know a handful of Elizabeth Jennings’ poems so this would be a nice addition to my TBR Pile.

Now I just need an excuse to treat myself….any suggestions will be gratefully received… 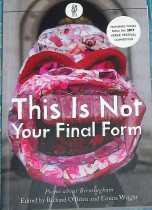 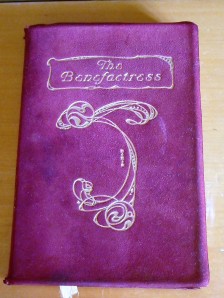 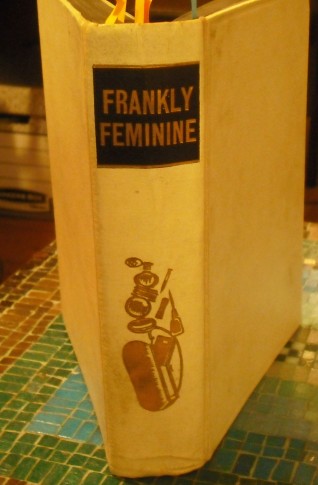