Regular readers of The Landing Book Shelves will know that Louise Phillips was a guest here after the publication of her last book The Doll’s House in 2013. She’s back with her latest novel which has been very well reviewed, with the Independent critic saying that “Louise Phillips goes from strength to strength…. Last Kiss is superior and takes her writing to another, more intense level.”  This all means that I’ve become distracted from whatever I was supposed to be reading from the Landing TBR Pile to get stuck into Louise’s novel. Many thanks to Louise and her publishers Hachette for my copy of Last Kiss; it’s always nice to answer the door to a postman bearing a parcel that looks as though it contains a book.

I admit that I did put this aside for a while before reading it as I was involved in school holiday activities and travel plans. Unfortunately I missed the launch of Last Kiss as I was away visiting my family. When I finally settled down to read my book, I became totally caught up in it to the extent of a couple of late nights when I didn’t want to stop reading. The only reason that it was over two late nights and not one, was that I didn’t want to do what I have done so many times before and crashed on reading, only to spoil the book by reading it too fast.

Louise Phillips’ thriller Last Kiss is Dr Kate Pearson’s third outing as a criminal profiler with the Dublin police. When we meet Kate again, she is in the process of deciding (or more accurately delaying deciding) whether she and her husband Declan have a future together. They are separated and juggling childcare for their son Charlie, who misses his dad. Kate’s emotional struggle is complicated by the return to the force of DI Adam O’Connor to help in the hunt for the perpetrator of the ritualised knife murder of an art dealer in a Dublin hotel room.

The story begins with an eerie flashback to 1982 when a young girl called Ellen hides away in woodland to give birth to her child. The girl doesn’t feel as if she is quite alone as she labours in the chill of early morning but she sees nobody. The episode raises intriguing questions about what relevance Ellen and her baby will have to the events that will follow and it gives a chilling tone to the novel:

“The child wailed, scrunching its face like a piece of shrivelled rotten fruit, a primal instinct kicking in, telling it that something wasn’t right.”

The elements and motives of the murder case prove to be difficult to unravel and Kate’s work on the criminal’s profile suggests that the murder probably wasn’t the first one to be committed by this person. Will some research into cold cases reveal a similar crime that could provide a lead? Kate is intrigued by the ritual elements of the crime that indicate that the killer is using Tarot cards. But for what purpose? Revenge perhaps? I was fascinated by the details about the Tarot card readings as it’s not something I know anything about.

In her structuring of the novel, Louise Phillips takes the risk of presenting the murderers’ point of view, in alternating chapters:

“I have reasons for doing what I do. You may not know them yet, because I haven’t told you, but that doesn’t mean they don’t exist. It’s too early for judgement calls, far too early for that… I kill people. I could dress it up, say all kinds of stuff about it, but for now, all you need to know is that I do.”

I said risk, because for an author to try to create a murderer with whom a reader might feel some sympathy/empathy is a tricky manoeuvre to pull off. I think however, that Louise Phillips does so. I wanted to learn more about the killer and to understand the whys and wherefores of the elaborate crime. Why did the murderer feel driven to kill? Is the killer evil or perhaps terribly damaged? This plot device also successfully adds to the twists and tension of the action while building up the history of the murderer and a set of motives.

At the same time as Kate Pearson and Adam are working to solve this case, Sandra Regan becomes increasingly disturbed by a strange presence in her life. She has become convinced that her husband Edgar is having an affair and that the other woman is stalking her and moving objects around in her home, though her friends don’t believe her. The reader must figure out what connects Sandra Regan to the murder under investigation. Is this mysterious ‘other woman’ the Tarot killer?

I don’t want to say too  much more for fear of giving away vital clues. I’ll leave you to read the book and work it out for yourselves. I often feel a sense of dissatisfaction after reading thrillers, a sense of ‘so that’s it then’ when all the twists are over. However, I didn’t get that familiar feeling from the denouement of Last Kiss. The ending was a satisfying conclusion to the case and I have to say that I didn’t guess the killer’s identity before the plot revealed it to me.

As I mentioned above, I was lucky enough to receive a copy of Last Kiss from the publishers, so thanks again for that. If anyone out there would like to have my copy (I’m not a heavy handed reader so it’s still as good as new) then drop me a line in the comment box. Deadline is midnight Sunday and then I’ll put names in a hat on Monday morning and pick  out a winner. Good luck!

Finally, if you want to read more on Louise Phillips, here’s a link to a re-blog from Rebecca Bradley on the question of first drafts that I posted recently 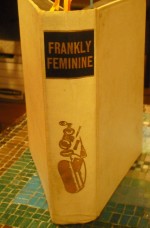 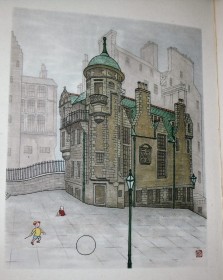 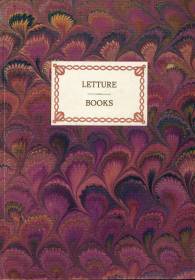