The Landing Book Shelves (the actual shelves that is, as opposed to the blog) have had a bit of a shake-up in recent weeks, because of some building work involving window replacement. The upshot is that one set of shelves is no longer on the landing, but in the hall. As other shelves have similarly moved around somewhat, many books are now in different locations and a certain amount of confusion and mixing of genres has arisen. On the other hand, this has been a great opportunity to re-discover overlooked titles and authors. It has also had the slightly depressing result of making me realise just how many books in the house (let alone on The Landing Book Shelves) remain un-read. I shy away from doing a serious count (as Cathy at 747 Books has bravely done) because I don’t want to lower my literary morale any further. Although I am now beginning to consider re-naming the blog ‘The Household Book Shelves’ since that is a more realistic picture of the challenge ahead. At this rate I may have to ban myself from going to the library.

In the spirit of a spring renaissance I have therefore decided to take a positive view of the un-read books and to try see them all as so much bookish potential, rather than as a task to be completed. I think that if I persist in treating them as items to be ticked off a list, then I might as well give up the whole enterprise, since it will no longer be any pleasure. With that in mind, I have been enjoying myself by making mental note of a few random titles that had previously slipped off my radar. So far, I have accumulated about half a dozen novels, belonging to either me or He Who Put The Shelves Up, that have been floating around for a while. Some of them, such as The Llangollen Ladies (Mary Gordon) and The Children of the Archbishop (Norman Collins) are Trinity Book Sale purchases from a couple of years ago. Perhaps it is no bad thing that we missed this year’s event due to a change in dates. The half-price Saturday could be a very tempting affair indeed and consequently, inestimably dangerous to the state of the TBR Pile.

Therefore, the next few posts will I hope, feature some true examples unearthed from the TBR Pile because of the new shelf arrangements. It has been quite nice to discover books that have languished un-noticed for months (or even years). It has even been nice to do some very necessary dusting of books and shelves as everything was put back in place. Now, at least I have clean books to read! I have even been toying with the idea of creating a proper catalogue as an excuse to practice my very rusty data base skills. I have come as far as naming a file in this worthy enterprise and that’s about all.

I am not sure yet which title will feature in the next post, but I am leaning towards political skulduggery in the sixteenth century so I have a couple of options to consider. Drop by again soon if you want to see what pops up on The Landing Book Shelves.

One comment on “Book Shelves on the Move: A Reading Renaissance?” 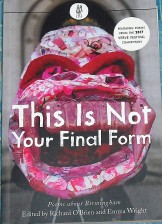 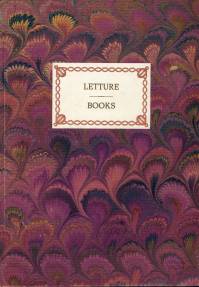