To mark the end of the Christmas season, I have returned to one of The Landing’s poetry collections for a suitable verse. You might recall that Read Me: A Poem for Every Day of the Year (chosen by Gaby Morgan) has appeared here before in poetry features.

The poem for 6 January is by poet and translator Christopher Pilling, who originally hailed from my hometown of Birmingham but who now lives in the Lake District. ‘The Meeting Place’ was originally published in Poems for Christmas (Peterloo Poets, 1982). It was inspired by a Rubens painting, The Adoration of the Magi so I have included it in the post. Rubens painted several versions of this painting, and this particular one now belongs to Kings College, Cambridge. If you want to discover more about the history of this representation of The Adoration of the Magi, then take a look at Patrick Comerford’s blog who has featured the painting today as the last in his Art for Christmas series.

It was the arrival of the kings
that caught us unawares;
we’d look in on the woman in the barn,
curiosity you could call it,
something to do on a cold winter’s night;
we’d wished her well –
that was the best we could do, she was in pain,
and the next thing we knew
she was lying on the straw
-the little there was of it-
and there was a baby in her arms.

It was, as I say, the kings
that caught us unawares…
Women have babies every other day,
not that we are there –
let’s call it a common occurrence though,
giving birth. But kings
appearing in a stable with a
‘Is this the place?’ and kneeling,
each with his gift held out towards the child!
They didn’t even notice us.
Their robes trailed on the floor,
rich, lined robes that money couldn’t buy.
What must this child be
to bring kings from distant lands
with costly incense and gold?

And what were we to make of
was it angels falling through the air,
entwined and falling as if from the rafters
to where the gaze of the kings met the child’s
-assuming the child could see?
What would the mother do with the gifts?
What would become of the child?
And we’ll never admit there are angels
or that somewhere between
one man’s eye’s and another’s
is a holy place, a space where a king could be
at one with a naked child,
at one with an astonished soldier.
I love the almost gossipy way the event is being described, as though someone is just popping round from next door to see what’s going on. Being ‘caught unawares’ and almost not in on the action!

Once again, ‘A Happy New Year’ to all of my followers and thanks for reading!

Picture credit; Wikipedia, with thanks.

‘Just Doing my Job’ a poem by Clare Bevan (taken from Read me and Laugh, edited by Gaby Morgan, mentioned in a previous post). This poem was originally published in We Three Kings (ed. Brian Moses, Macmillan, 1998).

I love this poem, conjuring up as it does long forgotten memories of participating in the school Nativity Play. Not that I ever had a starring role, I hasten to add, my only ever role being as the inn keeper’s wife which only had one short line. Hardly a distinguished theatrical career.

The poem features several small boys in the role of ‘Herod’s Henchmen’, which no doubt required lots of parental assistance in the form of cardboard and tinfoil accessories. All of that charging around the school hall sounds great fun (not that fun was exactly the point of it all I suppose). But it probably burnt off excess end of term excitement in the process.

I have extracted three verses to give you a flavour of the activity: 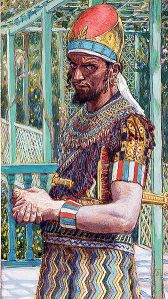 1, I’m one of Herod’s Henchmen.
We don’t have much to say,
We charge through the audience
In a Henchman sort of way.
…
3, Our swords are made of cardboard
So blood will not be spilled
If we trip and stab a parent
When the hall’s completely filled.
…
6, Yet when the play is over
And Miss is out of breath
We’ll charge like Henchmen through the hall
And scare our Mums to death.

Of course, the sting behind the title of the poem is that a whole multitude of sins may be glossed over by employing the excuse of ‘just doing my job’. A lesson for children to learn while they enjoy reading the poem.

The striking painting of Herod the Great dates from 1886-1894 and is in the Brooklyn Museum (image courtesy of Wikipedia).

Bauble Blues by James Carter (taken from Read me and Laugh: A Funy Poem For Every Day Of The Year, chosen by Gaby Morgan),  Macmillan, 2005. This poem was originally published in Cars, Stars and Electric Guitars by James Carter, 2002.

This is another great collection of verse for children, and though you do not of course have to read the poems on their appointed day, the structure does encourage incorporating poetry into daily life. The verses vary in length and are from poets old and new covering a range of topics. I had a trawl through December and found this one and another which will appear on the blog next week.

As this is a concrete poem I have reproduced it in its entirety alongside the typed version:

oohhh! it’s not much fun as a Christmas decoration –

I had never thought of Christmas decorations having sad lives before reading this short poem, now I wonder whether I should simply keep them up all year round. It is also probably just as well that we have a star and not a fairy for the top of our tree.

Christmas is Coming – a traditional Yuletide nursery rhyme (Anonymous). This is another verse taken from the children’s collection Read Me that I mentioned previously on the Advent Calendar.

As with many old rhymes, there are several different versions. Some say ‘goose‘ instead of ‘geese’ and some have ‘Please do put’ in place of ‘Please to put’ and so on. I did a YouTube trawl and, not surprisingly many singers have recorded Christmas is Coming in its several versions (including one by John Denver and The Muppets). The clip I have posted below is not a sung rendering of the verse, but a straightforward spoken one by someone whose name is only given as Andy.

I hope it makes you feel all Christmassy inside! 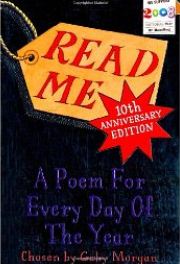 Do exactly as it says on the label…

The geese are getting fat,

Please to put a penny

In the old man’s hat.

If you haven’t got a penny,

A ha’penny will do;

If you haven’t got a ha’penny,

Then God bless you!

I hope you were joining in at the back there…

Many thanks to Andy who uploaded this video to YouTube exactly two years ago, on 9th December 2010.

This poem (which has also been set to music as a carol) features in a collection entitled Read Me: A Poem For Every Day Of The Year (10th anniversary edition) chosen by Gaby Morgan. This is a wide-ranging collection of poems guaranteed to encourage children’s enthusiasm for verse.

Opinion differs on what the three ships represent: the Holy Trinity, Mary, Joseph and Jesus or the three wise men.

On Christmas Day in the morning.

Regular readers may recall from the interview with Paul Anthony Shortt that a song by Blackmore’s Night was an inspiration behind his novel Locked In. Thanks to Paul’s answers I have now discovered some new music! 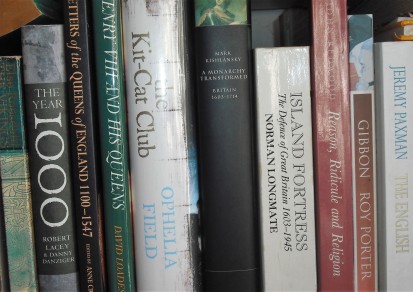 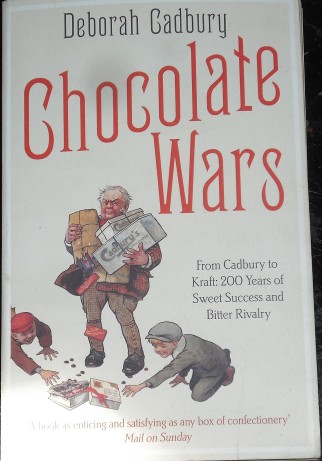 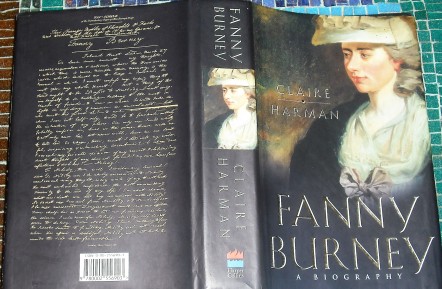