A rather smart binding…

I spotted the following item while I was looking for some background information on George and Weedon Grossmith’s The Diary of Nobody:

a link to the diary presented in a weblog form by Kevan Davis (first done in 2004; updated in 2007). Davis had the brilliant idea of presenting the diary (using text taken from the Gutenberg e-text) in a twenty-first century form. Charles and Carrie Pooter will drop into your in-box, bringing their friends Cummings and Gowing along too.

You can subscribe to a couple of different RSS feeds, depending on whether you want to have posts every day (starting from the beginning of the diary) or in real-time (the 2013 as 1888 feed).

http://www.diaryofanobody.net/ : take a look if you have a moment.

I also came across a mention of a stage production of The Diary of a Nobody played by an all male cast. The adaptation, performed in 2011, has Charles Pooter putting on an amateur dramatisation of his diaries. This review in The Guardian intrigued me somewhat; it sounded as though it would be worth seeing (and not only to see a bearded Carrie Pooter). Though I cannot help thinking that what we really need to see is a stage version telling Carrie’s side of things.

On that Pooter-related thought, I will leave you. Till next time… 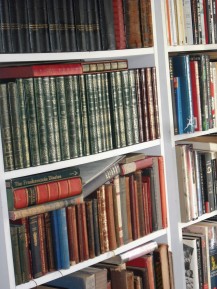