After becoming very sidetracked on a previous post on Nikolai Leskov, I am going to stick to my original intention of discussing The Enchanted Wanderer (Melville House, 2012) which I finished quite a while ago. The novella was a quick read as it fair rattled along with the adventures and comic miss-adventures of the protagonist Ivan Severyanych, the wanderer of the title. Ian Dreiblatt translated Leskov’s novella for this edition; first published in a serialised form in Russkiy Mir in 1873. The style of the translation gives the language a very contemporary tone, so the work has a freshness that belies its age. Being unable to read in the original Russian, I think I can safely assume that Dreiblatt has captured Leskov’s voice, as the characters leap from the page in every scene.

The story is told from the Ivan’s perspective as he relates various hair-raising episodes from his life story to fellow passengers aboard a boat sailing across Lake Ladoga. Ivan joins the boat at a place called Konevets and at first he is unregarded by the travellers. However, once he enters the general conversation they wonder how they could possibly have failed to notice him:

He was, for one thing, enormously tall, with darkish skin, an openness in his expression, and thick, curly hair the color of lead, a graying mane that poured forth in a terribly strange way. He was dressed in a short cassock, with the wide leather belt of a monk, and, in black cotton, a high ecclesiastical hat…Our new passenger, a man we would soon be fascinated by, seemed at least fifty; and from the looks of him, he was in every sense a bogatyr, and at that s humble, kindly Russian bogatyr…It seemed he would be at home not traipsing around in a cassock but rather sitting on the “dappled steed” of an adventure story… 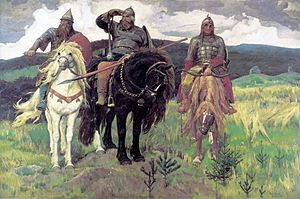 This quotation neatly encapsulates the basis of the plot of The Enchanted Wanderer, where we hear about all of Severyanych’s adventures (on various steeds) that lead to his present life in a monastery. I’ve put in an illustration from Wikipedia to give an idea of what our character might have looked like. A bogatyr (plural bogatyri) was a sort of hero or knight errant in epic folk stories (byliny) from Russian history. Some of the stories featured historical characters while some were purely mythological. There is an interesting article on Russiapedia if you want to know more about the bogatyri. Ilya Muromets, one of the bogatyri depicted in this painting (middle) is referenced in the description of Severyanych.  The text specifically mentions a painting of Muromets by Vasily Vereschagin, but as I can’t locate an image of that I’ve included this one by  Viktor Vasnetsov (1898) to give you an idea.

Meanwhile, our bogatyr Severyanych began his life as a serf on a Count’s estate in the Orlovsky region, where his father was one of the Count’s coachmen. The boy grew up with horses and developed an affinity with them, having a particular admiration for the wild horses from steppes who hated being broken for training. The young Ivan’s adventures really began one night, after a misguided prank that day had brought about the death of an old monk from a nearby monastery. The monk later appeared to Ivan in a dream saying, “you did me in without a chance at repentance!” Ivan isn’t particularly apologetic, saying that he didn’t mean to do it and anyway it was too late to do anything about it. During the conversation the monk reminds Ivan that he was his mother’s prayer-son (conceived after much prayer and long-awaited) and tells him that he is also a promised son (promised to God). A disbelieving Ivan asks for a sign that this message truly came from his dead mother.

“The sign,” he answers, “is that you’ll live all your life on the very brink of death, and never actually manage to die, until the day appointed you finally dawns, and then you’ll remember the promise of your mother and become a monk.”

A clearly sceptical Ivan has a second encounter with the dead monk during a nap the following day. A short while later there was a near fatal carriage accident. Our hero is flung down a hillside and only survives by landing on a lump of clay that then slides to the bottom. That is just the beginning of his brushes with violent death. Ivan Severyanych goes on to wander Russia and to experience many adventures in which he comes very near to death on numerous occasions just as the monk foretold. At various times he was a Tatar slave, horse thief and a knight-errant. He even had an interesting encounter with the devil (I’ll leave you to guess who won that contest).

At the close of the wanderer’s tales, the reader is left to speculate on whether Ivan will take up arms again…

After reading this novella, I would like to read more from Leskov, but I also think that the Melville House editions of novellas from European and American literature are worth exploring. Apparently some of these appear in book form for the first time.

If anyone has any recommendations from the series, do let me know!

Picture Credit – Wikipedia (with thanks) 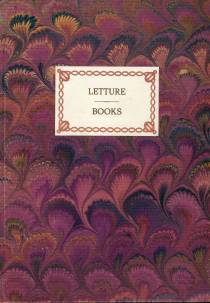 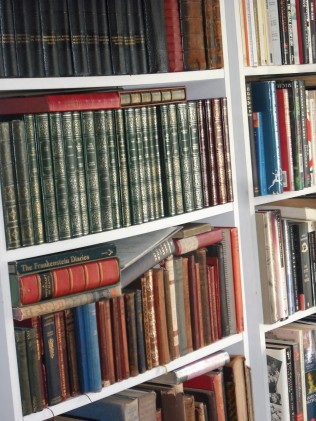 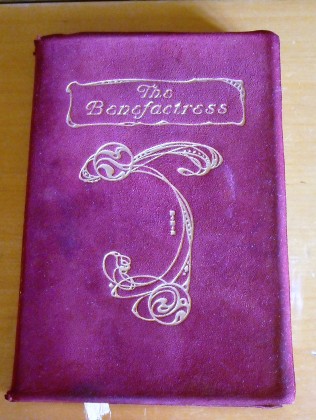