Our passport to culture!

Last Friday evening saw yours truly, accompanied by The Bookworm heading into Dublin’s city centre for some more Culture Night activity. As usual, we had been studying the brochure and marking possible activities. We had decided to more or less stick to the ‘Trinity and South Georgian Quarter’ to be handy for the Luas. In no particular order (as if memory serves me), here is our final tally of venues visited: The Arts Council, Merrion Square; the Pepper Canister Church; the National Gallery of Ireland; and the Science Gallery. We listened to musical offerings at the NGI and Pepper Canister and then explored differing ways of seeing at the Science Gallery. I am not sure whether tea and cake at the NGI counts as a cultural activity, but it was very tasty all the same. We were disappointed that three of our book marked events were cancelled, but it was not clear whether this had any connection to the bus strike or not. Particularly, we felt the loss of the light show at the Royal College of Surgeons as we had planned to round off our night seeing the 3D display before jumping on the Luas to head home.

On the morning after the night before, I scrolled though plenty of tweets from happy, satisfied Culture Night goers and event organisers. However, poet Colin Dardis made the reasonable point that ‘If you loved the free events at #CutlureNight remember to support your local artist and pay for their work during the rest of the year!’ Art practitioners and writers clearly all need to eat and welcome paying punters. One commenter, The Fingal Pimpernel went a stage further and declared ‘Great as I think #CultureNight is it shows up how stingy fuckers will turn up in huge crowds for free but won’t pay their way other 364 days’. I’m not sure whether the latter comment was intended to be genuine or tongue in cheek (such is the peril of Twitter) but as a dedicated Culture Night-er, I felt vaguely miffed at being apparently included under this tag. Confession: I admit to a liking for free stuff to do; after all, what parent doesn’t welcome the opportunity to do interesting (even educational) activities with kids that doesn’t break the bank. Having said that, I am not averse to paying for events etc and I frequently do so during the rest of the year. As a member of the book trade, I try to do my bit by attending (paid) events to hear my favourite writers. Now, I can’t be sure how many other Culture Night visitors fall into that category, but inevitably you are going to get folks who always want something for nowt and will never pay for anything. To some extent, I suppose such people fulfill a function on occasions such as Culture Night, by performing the role of ‘warm bodies’ to help to give the event its air of success.

Nevertheless, I  feel that complaining about ‘stingy f****s’ misses a couple of the great aspects of Culture Night. One of the big attractions for me, (and judging by the queues, I am not alone in this) is the opportunity to view places usually closed to the public. It’s a chance to see behind the scenes, in a way that another great festival, Open House, also offers. In other words, many people are just plain nosy, rather than miserly in their Culture Night activities. For example, one of the biggest queues I saw on the night was to tour Iveagh House, home of the Department of Foreign Affairs and Trade. There is usually a queue of similar length to have a tour of Freemasons’ Hall; to the extent that it took us about four years of dedicated event queue monitoring to nab an Open House tour in a quiet-ish moment last year. One of my regular Culture Night/Open House goals is to add another previously unexplored building to my repertoire.

Deciding on our culture route!

Another great aspect of Culture Night is that institutions and charities not directly involved in the business of culture open up and invite visitors to learn something new. For example, Concern Worldwide, The Mendicity Institution, Amnesty International and Focus Ireland were all giving talks and raising awareness of their work. Add to that various community groups such as the Irish Polish Society and the Afghan Community of Ireland and you can see that there is much more to Culture Night than an open invitation to free loaders. It is also worth pointing out that many of the places open, such as the national cultural institutions would be free to visit anyway (though donations are requested). There is the additional pleasure of visiting cultural venues after hours, which can only be good for encouraging people to take the time to browse the exhibits. Visiting places out of hours feels like a delicious treat to be savoured.

I think it is reasonable to suggest that many people who visit places during this events will follow up new discoveries and pay for events or buy a piece of art in the future. All in all, I think that the Culture Night is a positive initiative one which should have a productive knock-on effect over the years. Or maybe that is just my wishful thinking. I admit though, that it is going to be hard to calculate the benefits in terms of hard cash to various arts organisations, practitioners and writers.

I would be interested to know your thoughts on this question… 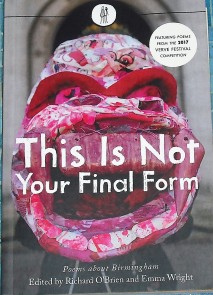 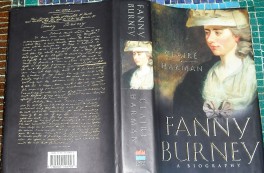