For today’s post, I want to return to one of the books I mentioned in my summer 2017 round-up, a biography of Fanny Burney (1752-1840) to talk about her in a little more detail. I have had a long acquaintance the novelist and diarist. As I mentioned previously, a novel called A Coach for Fanny Burney by Florence Bone (1938) captured my interest as a teenager. At the time, I had no idea who she was, it was the title that caught my attention (I can’t say it was the cover as the hardback book had long since lost its dust jacket). That book was still tucked away on a shelf in my mum’s spare room, so it came to mind instantly when I spotted Claire Harman’s Fanny Burney: A Biography (Harper Collins, 2000) at last year’s Trinity Book Sale. We could digress at this point and discuss the inevitability of another of my TBS finds finding its way into a blog post, and how this is not actually tackling the TBR Pile proper, but we won’t.

As Fanny Burney came to know everyone who was anyone in eighteenth century literary society (see pictures of Hester Thrale and Samuel Johnson below), she has tended to pop up in other people’s biographies, but this is the first detailed account of her life that I have read. It is a veritable tome indeed but a very readable one at that, covering Burney’s eventful life and times. She could have been a heroine in a novel herself; she married an emigre French aristocrat and soldier Alexandre d’Arblay with whom she lived on a shoestring until d’Arblay had the opportunity to return home to attempt to serve the new regime and reclaim a portion of his property. This resulted in the couple being unable to leave post-revolutionary France for ten years. One story that most impressed me when I first heard it was that in her later years, Fanny heroically underwent a mastectomy without anaesthetic. It almost doesn’t bear thinking about, but the redoubtable Fanny lived to tell the tale and left an account of it for posterity into the bargain.

Fanny Burney wrote four novels, Evelina (1778), Cecilia (1782), Camilla (1796) and The Wanderer (1814), several plays and also edited her musician father’s memoirs (1832). Her letters and diaries were not published until after her death, the earliest edition edited by her niece Charlotte Barrett and running to six volumes (1842-6). A more recent and comprehensive edition comprises twelve volumes (edited by Joyce Hemlow et al, 1972-1984) in a project yet unfinished. Claire Harman discusses the reliability of Burney’s diaries, her editorship of her father’s papers and the vast quantity of the Burney family’s archives which include letters from her siblings. Harman talks about Fanny’s phenomenal recall for events and conversations, but also acknowledges that she carefully presented a certain image of herself and her family. The family came from relatively humble origins, as expressed in Hester Thrale’s damming comment, ‘The Burneys are I believe a very low Race of Mortals’, furthermore, Fanny was ‘not a Woman of Fashion’. At this point Dr Burney taught music to Mrs Thrale’s daughter, but in later years Fanny attempted to gloss over parts of her family history.

Claire Harman’s biography is so comprehensive that I thought I would take a quick look at one episode of Fanny Burney’s life for this blog post. As both the British and Irish press have been talking about British royal weddings lately, I decided to cast an eye over Burney’s brush with royalty. She was appointed Second Keep of the Robes to Queen Charlotte, a post that naturally was supposed to be seen as an honour to her and her family. Fanny was not initially keen and only agreed to the appointment for her family’s sake. The appointment came about after Fanny made the King and Queen’s acquaintance through Mrs Mary Delaney, a highly cultured woman who was well-regarded by the royal couple. The first time she met George III, he had called unannounced to visit Mrs Delaney and Fanny later described what happened in a letter, likening the incident to a scene in a drama,

It seemed to me we were acting in a play. There is something so little like common and real life, in everybody’s standing, while talking, in a room full of chairs, and standing, too, so aloof from each other, that I almost thought myself upon a stage, assisting in the representations of a tragedy, …

Fanny went on to describe the various roles in this drama, adding her own part as that of ‘a very solemn, sober, and decent mute’.

Even before Fanny was offered her court position, she was having fun with the niceties of court etiquette. This is a snippet from ‘Directions for coughing, sneezing, or moving, before the King and Queen’ which she wrote and sent to her sister Hetty in December 1785.

In the first place, you must not cough. If you find a cough tickling in your throat, you must arrest it from making any sound; if you find yourself choking with the forbearance, you must choke – but not cough.

In the second place, you must not sneeze. If you have vehement cold, you must take no notice of it; if you nose-membranes feel a great irritation, you must hold your breath; if a sneeze still insists upon making its way, you must oppose it, by keeping your teeth grinding together; if the violence of the repulse breaks some blood-vessel, you must break the blood-vessel – but not sneeze…

Fanny goes on to explain that you must not ‘stir either hand or foot’ even if by terrible bad luck ‘a black pin runs into your head, you must not take it out…’

I suppose we can only assume that things have changed for the better in court circles since Fanny’s time. When her court appointment was offered, considered and reluctantly accepted, Fanny’s new position paid her £200 a year, she had apartments in Windsor Castle and a footman. Fanny was allowed to have family and close friends to visit but her own freedom to travel was curtailed. Fanny was to be at court for five years, before begging her father to arrange her release from duties. Fanny likened her new commitment to marriage in a letter to her sister Susan saying,

I was averse to forming the union, and I endeavoured to escape it, but my friends interfered – they prevailed – and the knot is tied. What then now remains but to make the best wife in my power? I am bound to it in duty, and I will strain every nerve to succeed.

Fanny’s tenure coincided with the period of George III’s ‘madness’, though that is too large a topic to cover in this post. Suffice to say that Fanny was a first-hand witness of signs of his imminent recovery, when she accidentally encountered him walking with Dr Willis and his attendants one morning. Fanny was apprehensive as the King had been violent at the height of his illness, but he greeted her and questioned her about recent news saying, ‘I have lived so long out of the world, I know nothing!’ as Fanny recorded it. He also kissed her on the cheek, a great lapse of protocol. The whole experience was the ‘severest personal terror’ to Fanny Burney who did not know what to expect. However, she was able to pass to the queen this encouraging report (though as Harman remarks, Fanny no doubt kept the royal embrace to herself).

I will leave Fanny Burney’s court life there, but I hope I have said enough to pique your interest in her life and work. I have to confess that despite reading about Fanny Burney and her literary circle over the years, I have not yet read one of her novels. Another item on my virtual TBR Pile, to go with the actual TBR Pile groaning upstairs!

I hope your 2018 reading is proving fruitful so far. Do let me know what you are reading! 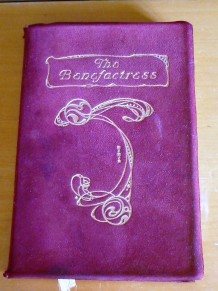 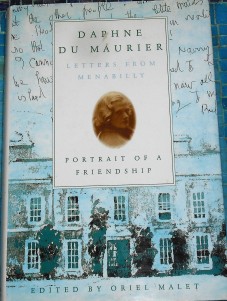