I can’t believe that so much time has slipped by without a Landing update. The whole of October seems to have sunk without trace, although I have been quietly reading behind the scenes so not all is yet lost. However, I feel as though I have many loose ends to tie up, with various books lying about that I have planned to record on the blog. Some books have been genuine TBR subjects while others have been serendipitous library finds. 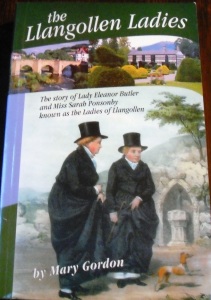 One Landing TBR Pile title tackled earlier this year was The Llangollen Ladies: The Story of Lady Eleanor Butler and Miss Sarah Ponsonby known as the Ladies of Llangollen. I had heard of the Ladies before I spotted this book, so when I saw the title I jumped at the chance to discover something about the women’s history. Yet again, I have one of the Trinity College book sale events (in 2009) to thank for this little find (and even better, I bought it on half price Saturday).

This book by Dr Mary Gordon is a reprint (John Jones Publishing, 1999) of her earlier title, Chase of the Wild Goose that originally came out in 1936. Gordon tells the story of the relationship between the two Irish women, Lady Eleanor Butler (1745-1829) and Miss Sarah Ponsonby (1755-1831) who left Ireland to make their home in the Vale of Llangollen in 1778. Gordon was a devoted fan of the Ladies and was keen to put forward a fresh view of the story. Gordon felt that time had obscured the real background of the Ladies’ flight from Ireland to Wales and that over the years, rumours and gossip had become myth. In this book, she set out to revive the Ladies’ reputations and to return to available contemporary evidence such as surviving journals and letters from one of the Ladies’ friends.

The two women met and became fast friends at Eleanor Butler’s family seat, Kilkenny Castle. Subsequently they fled from their families and social obligations to live in a modest cottage in north Wales, which caused much consternation amongst friends and family. Neither woman wished to obey their family and make advantageous matches. They wished to live independently and have the opportunity to study and develop their minds. I admire their urge for freedom from the constraints of marriage, but the ladies were no revolutionary spirits. They were very aware of their social status as ladies and so this was not a bid for the freedom of earning a living or roughing it in rural poverty. 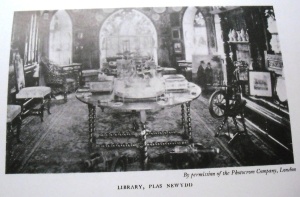 An undated interior image of the house, taken from the book.

The Ladies lived In Llangollen for the rest of their lives, turning a stone cottage (renaming it Plas Newydd) into a place where, over a period of fifty years, the great and good were eager to visit. Not that Lady Eleanor and Miss Sarah by any means admitted all of their putative visitors. They were rather choosy about callers, never forgetting their respective aristocratic backgrounds.

Several writers have since written about the two women and their relationship. Were they a lesbian couple or were they simply fleeing from the limited opportunities then available to women. Romantic, even passionate friendships between women were common at this time. This extract from a Telegraph article by Anne Campbell Dixon refers to another biography on the Llangollen Ladies that I have found (details below),

My guess, from reading Elizabeth Mavor’s excellent biography, is that Eleanor was a lesbian, whether she realised it or not (likely not, as it was unheard-of until an outbreak of “sapphism” at the French court brought it to English society’s notice in 1789); but that Sarah – if she had not met Eleanor at the impressionable age of 13, and if she had not needed to escape from her guardian – might have settled down just as happily with a husband.

I suppose at this stage, nobody can ever give a definitive opinion on the Ladies’ sexuality. Especially, since social mores have changed so much. As Campbell points out, ‘The word romantic simply meant fanciful or eccentric in the 18th century. And it was the fashion for friends – male as well as female – to write and speak to each other in language which we now reserve for sexual partners. Nor was it uncommon to share a bed with a sister or friend.’ I also discovered an essay by Alison Oram in Re-presenting the Past: Women and History, entitled ‘Telling Stories about the Ladies of Llangollen: the construction of lesbian and feminist theories’, which I have yet to follow up on.

The intriguing story behind the origins of this book is that Mary Gordon claimed to have seen and spoken with the ghosts of Eleanor Butler and Sarah Ponsonby in their former home in Llangollen. I am not sure that the story convinces me, as I am sceptical of ghost sightings in general. Part of me would like to believe that Gordon did indeed meet the Ladies, and had a cosy natter, but part of me feels that it was it was simply a good way to frame her story. I suppose we will never know for sure. However, her book introduced the lives of Eleanor Butler and Sarah Ponsonby to a new audience, despite the ‘did she/didn’t she’ question hanging over its ghostly origins.

Mary Gordon freely imagines conversations taking place between Eleanor Butler and Sarah Ponsonby (such as on their first meeting) as well as other family interactions, so the book reads more as a sentimental novel than a rigorous biography. Clearly, Gordon was biased in her admiration of the two women and she is not particularly interested in examining their actions with any degree of criticism. For instance, it is plain that though the Ladies wanted to be free to live in their own way, they also expected and assumed that there would be financial support appropriate to their social station. Gordon places much emphasis on the aristocratic status of the women as which comes over to a modern ear as somewhat obsequious.

The book did however inspire me to delve further and I discovered two books by Elizabeth Mavor, The Ladies of Llangollen: A Study in Romantic Friendship (Viking, 1971) and Life with the Ladies of Llangollen (Viking, 1984). The latter is a fascinating collection journal extracts, arranged to give a flavour of country life from season to season, year on year. I have written a blog post on some of the recipes given for Curiously Creatively, though I haven’t got around to trying any out yet. I would recommend either of Elizabeth Mavor’s two books, as a better way of getting to know Lady Eleanor and Miss Sarah.

Now, back to my reading…. 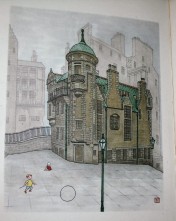 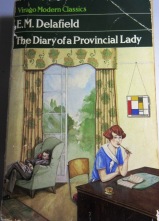 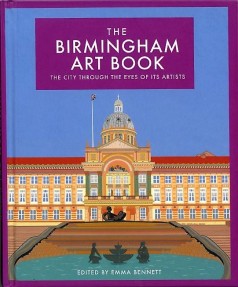 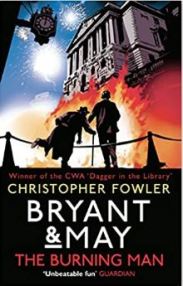 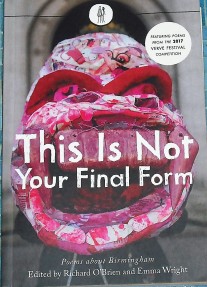