Recent thoughts of belatedly backing up blog content have led to my pondering nostalgically about the books I have read over the past few years. To keep track, I have set up a bibliography within the Landing Tales pages although I am not very good at keeping it up. As they say, it seemed a good idea at the time. I borrow regularly from the library (actually from two county councils!) and I have discovered that I can access a list of borrowings for the last six months or so (such is the benefit of online services). I am sure that a certain amount of books fall by the wayside, but these information sources documents my recent reading quite well.

But let me take you back to the dark time, before the internet acquired a window into my reading soul. Once upon a time, in 1993 to be precise I embarked on a mission to record every book that I read, whether owned or borrowed. I don’t recall why I thought it was a good idea to keep this information, and even now I struggle to think of a convincing reason for faithfully noting each and every book read. I did keep an authors’ book during my schooldays (inspired by something my mum suggested) in which I jotted down authors I had read. Sadly, that notebook is no longer extant, so now I have only book jottings of a more recent vintage.

Sometime before 1993, I began writing down authors’ names, in a sort of homage to my schooldays ritual,  and the listing of the year’s books came later. It all sounds very book nerdish and perhaps it was (confession: it still is). Then, it has taken me a long time fully to accept that I will never read all of the books in the world. If I can see exactly what I have read, then I feel that there’s hope for the as yet unread books. I am still planning to get though as many as possible however, which is probably where the idea of nerdish-ly writing down my reading habits for posterity first started.

The ‘Book of Books’ is not in reality a book at all, but a mini ring binder with A-Z dividers that I acquired second-hand. A previous owner’s inscription on the inside front cover dates the binder to 1943 and it originally cost 11/6. I assume that the dividers were originally included, but it had no paper when I bought it. I cut sheets of A4 paper to the right size (not particularly neatly, I might add). I haven’t added any names to the A-Z list of ‘authors wot I have read’ for a long time, so this part is a tad out of date. Mind you, now that I have dusted off the book I am feeling an almost irresistible urge to fill in the authorial gaps. 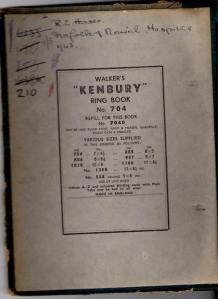 But returning to 1993, I jotted down every book read for the whole year, also marking with a letter ‘N’ where a writer was new to me. This exercise has all of the hallmarks of a New Year’s resolution that despite my best efforts, managed to stay the course. In fact, I kept up my records in the old binder for several more years (even unto the next century), despite curtailing reading for pleasure while I studied for my degree, and later had a baby. That first recorded year I read thirty books (including fourteen new authors), which may not be a large tally by some standards, but seemed reasonable enough to me. The totals varied from year to year and I used to feel compelled to note if the book was a re-read so the record was true.

Looking back over the books listed makes me want to settle into a protracted period of re-reads, such is the lure of nostalgia. I may however, have to settle for a mere couple of such indulgences so that I can continue with the pressing needs of the un-read. I am also reminded that despite reading the first three volumes of Dorothy Dunnett’s Niccolò series in 1993, I still have not completed the series…maybe this will be the year to do it. Most of the books still linger in my memory, though a couple have faded to the extent that I can’t remember a plot outline. I wonder how many would stand the test of re-reading after twenty years? Clearly PG Wodehouse is a stayer, as is also Helen Zenna Smith’s Not So Quiet and I think there would be much still to enjoy in the Victorian Tales of Mystery and Detection. And that’s only the start of the book…

Reading though the lists creates all sorts of pictures in my head, of words and images; covers and pages; and scenes and people, both on the pages and in real life. What I am looking at is my lived life though the prism of my reading life, so my list is a fascinating resource to have to hand. A good reason to keep on adding to it perhaps? In recent years I have moved on to a new record book, but more of that another time.

Meanwhile, I would love to know if anyone else does a similar thing, and if so, where do you keep your list?

While I was working on Juliet Greenwood’s guest material, I was reminded of a short review that I wrote of Not So Quiet by Helen Zenna Smith (my edition is Virago). This was published in the reader review column of Herstoria in 2009:

One of my all-time favourites…

I first read this novel sixteen years ago and it has since stayed with me, literally and metaphorically. The title first caught my attention, its nod to Remarque’s All Quiet on the Western Front (1929) intriguing. I discovered that the author Evadne Price, a children’s writer and journalist had been asked to write a parody of All Quiet.  Fortunately for the canon of First World War literature, she declined to do so. She said, ‘that wonderful book…. anybody would be mad to make fun of.[it]’.  Instead Price, in the guise of ambulance driver Helen Smith wrote a vivid, unforgettable novel (1930) based on the war time journal of Winifred Young.

Price gives a view that complements that of Remarque‘s book. She graphically illustrates the experiences of the women struggling to get wounded soldiers to the field hospitals. They slogged day after day, night after night in appalling conditions, the night  driving often in blackout conditions under heavy bombardment. They had poor rations, lice infestation, very little sleep and a tyrannical commanding officer, nicknamed ’Mrs Bitch’ by the ambulance drivers. They may not have seen themselves as heroes, but they were. This makes it for me an inspiring read, written as it is without sentimentality.

Young’s family were proud of her ‘doing her bit’, but not keen to face the reality of her experiences. In having her journal reworked as a novel she publicised the truth. The attitude of  armchair patriots is clearly condemned in the novel. There is a terrible, chilling competitiveness amongst the committee sitting, sock knitting mothers,  about who is giving the most (in the form of their offspring) to the war effort. The book is harshly critical of both war itself and those patriotic souls who pressured others into risking both their lives and their sanity. But it also shows us the toughness, resilience, camaraderie and humanity of the women who volunteered. There were clashes of personality and perspective but the women functioned as a courageous team. I often wonder how I would have fared in the same situation.  I like to think that if the need ever arose, I would do as well as they did.

Since this is the 100th anniversary of the outbreak of World War I, it seems a good occasion to re-read Not So Quiet in tribute to the women who worked so hard for the war effort and faced dangers that they could never have imagined… 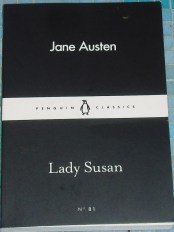 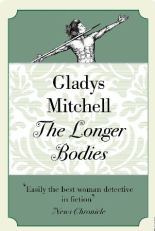 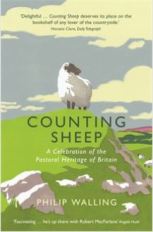 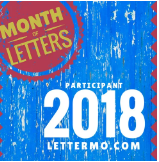