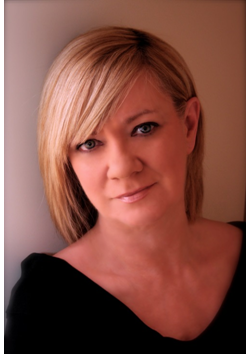 Born in Dublin, Louise Phillips returned to writing in 2006, after raising her family. That year, she was selected by Dermot Bolger as an emerging talent. Her work has been published as part of many anthologies, including County Lines from New Island, and various literary journals. In 2009, she won the Jonathan Swift Award for her short story Last Kiss, and in 2011 she was a winner in the Irish Writers’ Centre Lonely Voice platform. She has also been short-listed for the Molly Keane Memorial Award, Bridport UK, and long-listed twice for the RTE Guide/Penguin Short Story Competition.
Her bestselling debut novel, Red Ribbons, was shortlisted for Best Irish Crime Novel of the Year (2012) in the Irish Book Awards. The Doll’s House is her second novel